At first glance, they appear to be a chaotic, hedonistic collection of misfits – but in reality, they are, by definition, the ultimate expression of a lovebrand.

The Gathering of the Juggalos is an annual festival put on by Psychopathic Records, featuring its artists, most predominantly, the Insane Clown Posse, also known as ICP. As Jimmy Buffet has Parrotheads and Justin Bieber has Beliebers, the ICP has Juggalos and Juggalettes – and they make other fans’ loyalty look cute in comparison.

Described as a “Juggalo Woodstock,” this is an over-the-top celebration defined by sex, drugs, and rock ‘n’ roll.  But it is also a grand illustration of ICP as a true lovebrand, defined by:

Behind the chaos of the event, Juggalos present themselves as a living, breathing, complex community – complete with their own feminist movement, protest march, and charitable endeavors.

The ICP, made up of members Violent J and Shaggy 2 Dope, has just wrapped up their 18th Gathering, we examine what makes them the ultimate curators of brand loyalty.

Recent trends in advertising have shifted to sad-for-no-reason; Google, Extra and Thai Life Insurance are examples of companies that have tugged on emotional heartstrings in order to create a stronger response to their brand. These attempts are clever, but often glaringly transparent – as McDonald’s experienced.

But the ICP takes on a different emotional approach: Anger

With their music described as “horrorcore,” a mix of hip hop and metal, lyrics to their song “Insane Killers” include:

This ain’t no blair witch

I’ll pick ur motherfuckin’ brain with an icepick

While most assume that angry music will make the listener angrier, research by the University of Queensland suggests otherwise. After experiencing anger-inducing stimulus, researchers discovered that metal music relaxed participants as effectively as sitting in silence – lowering levels of hostility, irritability, and stress.

“The music helped them explore the full gamut of emotion they felt, but also left them feeling more active and inspired,” reads the study.

We can’t assume all Juggalos are inherently angry, but music like the ICP’s provides an almost cathartic effect on its listeners, providing an emotional “safe space” of sorts to its loyal fans. Emotion becomes a tool, rather than an end-result.

Who else is doing it: Black Rifle Coffee Company

This veteran-owned brand is known for their unapologetic ads, and they have built an impressive and loyal following. While not necessarily angry, they use a straightforward, almost aggressive tone to relate to an audience that is not often directly advertised to. It can be argued that this ad helps its audience explore their frustrations and find peace that someone shares their perspective and experience.

How To Be American

We might make offensive commercials, but we also make the greatest coffee you'll ever have. #blackriflecoffee

Known as “family,” Juggalos have a deep loyalty and connection to one another. As seen at the Gathering, Juggalos and Juggalettes eagerly await this reunion, often saving up all year to attend.

It is expected that as you enter the realm you will behave as a member of the unit – practicing hospitality and respecting one another (fights are often broken up with a simple chant of FAM-I-LY).

But are angry lyrics really enough to create a “family?” This points to the theory of cognitive dissonance, where a disconnect between our behavior and our thoughts demands that we alter one. In this case, in order to be part of the excitement, you must trick your brain into believing that these strangers are friends. The more you behave as though you are part of the family, the deeper the trickery and the deeper your allegiance.

By not acting as a member of the group, you ruin a certain level of the magic and you miss out on the excitement.

Often described as “outsiders,” the Juggalo community is somewhat of an island of misfit toys; anyone is welcome – as long as you contribute to the unity. The family must behave as such in order to preserve it.

People are more interested in the social links that come from brand affiliations than in the brands themselves (HBR). Angry lyrics may not be enough to create a family, but the community itself has enough of an appeal to overpower that.

Who else is doing it: Harley Davidson

A classic symbol of the ultimate rebel, Harley Davidson has built a vibrant and thriving community around its brand. Built on the “brotherhood” of riders, riders subscribe to the ethos while Harley Davidson provides an avenue for connection.

The Gathering is known for outrageous sexual behavior including, but not limited to, nudity, sex toys, stripper poles, and sometimes even public sex acts.

But this is just another element of what makes the Juggalo experience. This type of sexual freedom is a demonstration of hedonism and adds an almost mythical quality to it – after all, you cannot get away with it elsewhere.

These acts solidify their outrageousness and permanence as rogue members away from the mainstream, in a way reinforcing their community as outsiders. Lovebrands don’t require a sexual element, but ICP uses it to strengthen loyalty.

Who else is doing it: PETA

While not as extreme, PETA uses sex for its shock value and to solidify itself as radical and a counter-culture movement.

The ICP offers several avenues to announce your allegiance and show that you identify with the group. Most predominantly:

The face paint is among the most interesting, and arguably the most powerful. It is reminiscent of KISS, the face paint donned by ICP furthers their illusion.

“The face paint makes us forever young,” says Violent J of the duo’s longevity. “I start to trip out wondering whether I have it on or not. It’s all becoming a blur.”

But it also gives Juggalos the opportunity to become members of ICP. Much like we see in superhero masks and costumes, by donning your own clown-inspired face paint, you are bequeathed ICP-ness.

You are allowed the aggression and the glory, the community and excitement.

This is a demonstration of the concept known as BIRGing, or Basking in the Reflected Glory. People like to associate themselves with successful entities. It’s one of the reasons we wear hats with our favorite sports teams. Juggalos reflect in the glory of ICP’s triumph, advertising themselves as an element of shared success.

Who else is doing it: KKW Beauty

A different type of face paint, Kim Kardashian West is known for her signature contour. Following her sister Kylie, she launched a beauty brand specializing in contour kits — that sold out in less than 3 hours. These contour kits gave consumers to become Kim Kardashian through a few swipes of makeup.

The beauty of all this is that it appears to have all happened authentically, the ICP and their Juggalos did not hire a firm to create this firestorm. They don’t manipulate, they inspire. There is a power in “being yourself” and tapping into an untouched or ignored audience.

The marketing lesson is this: an emotionally-charged, authentic community advertising to a specific audience, offering them the tools to become ambassadors can create a powerful brand. 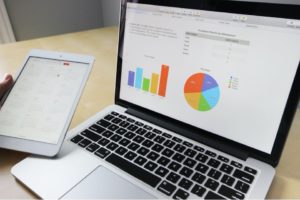 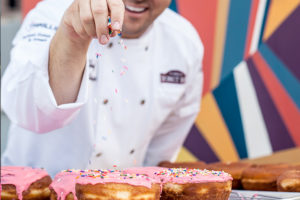 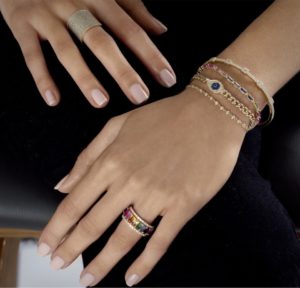 How To Market Your Fine Jewelry Business Online